The Kerr-Parzygnot family of funeral homes’ tradition of quality service to families in the south suburban Chicago area in their times of needs has endured for over a hundred years.

Since the opening of the W. E. Kerr funeral home in 1891 through today, the staff of the six Kerr-Parzygnot Funeral Homes have prided themselves on providing comfort and guidance to families during a difficult time.

When choosing a funeral home to help you say farewell to a loved one, it is important to choose a funeral home that has a  knowledgeable, professional staff that can not only offer a complete range of services, from full funeral services to cremations as well as memorial services, but are also experienced in honoring many faiths and customs.

The staff of the six Kerr-Parzygnot Funeral Homes looks forward to the opportunity to earn your trust, so that they can ensure your  loved ones are put to rest with the dignity and respect they deserve. They invite you to contact them at any time with any questions or to schedule a visit.

With our staff we can offer personal care at the funeral home, church or cemetery, to open car doors or to be an usher or pallbearer if needed, or to simply provide additional service to a grieving family. Joe and John Parzygnot are partners and owners of all 6 locations. John Parzygnot is the head funeral director. Mark Bianconi, a native of Chicago Heights, joined the funeral home staff more that 20 years ago in the position of head of every day operations. Vicky Werich of South Chicago Heights is the office manager, who handles most of the paperwork and will help families when needed, has been with the funeral home since 2008. 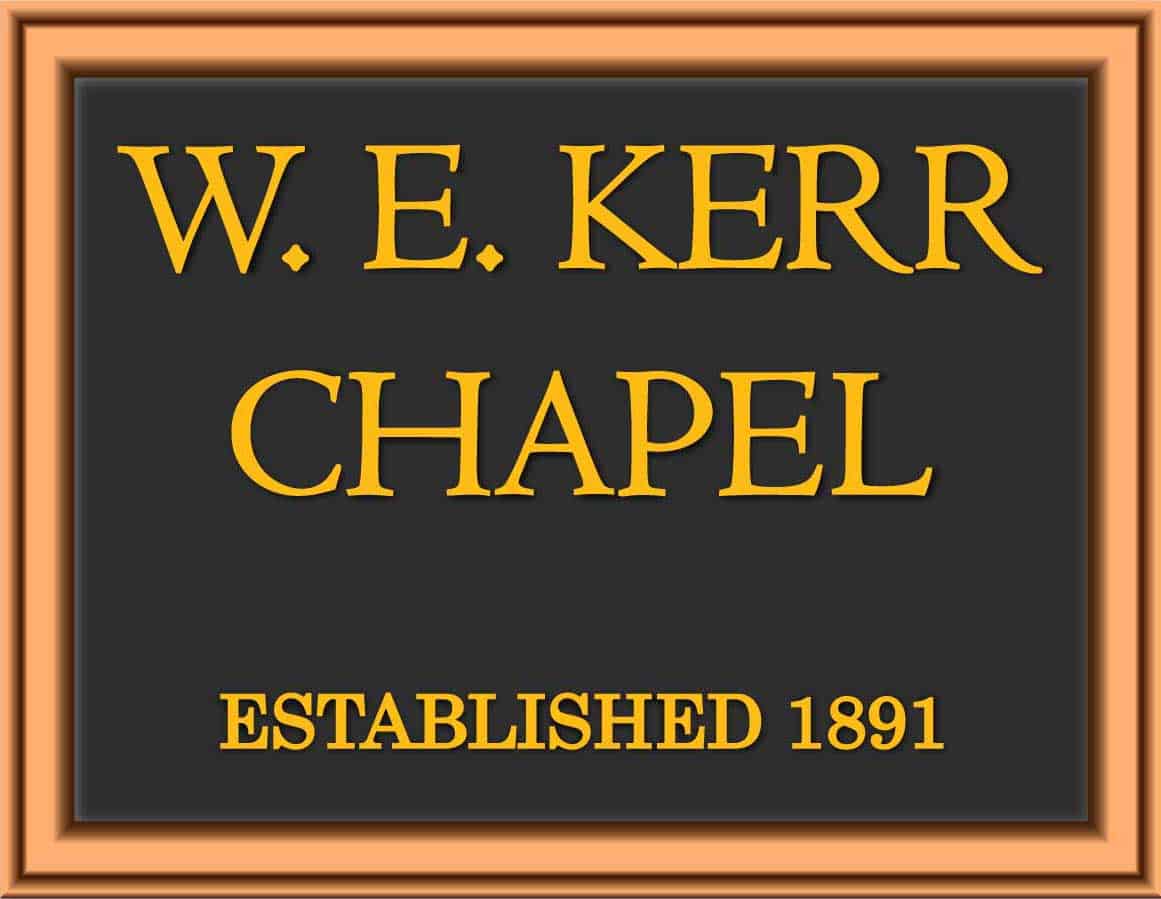 In 1982 Joe and John Parzygnot  brothers partnered with the late W.E. Kerr, a renowned funeral director, who originally started W.E. Kerr Chapel at Harvey Illinois since 1891. The Parzygnots worked so closely with Mr. Kerr, that when it became time to open the Chicago Heights Funeral Home, they formed “Kerr-Parzygnot Funeral Home” as partnership with Kerr. The proud new Chicago Heights Funeral Home opened it’s doors in 1982, and still to this day, “favors the Kerr name, and always will” says Owner, John Parzygnot.

In 1987 Joe and John Parzygnot noticed a beautiful Victorian home for sale on Main Street in Crete that would make a perfect funeral home. After purchasing the home they fully renovated it, resorting it to it’s original Victorian charm, while adding a chapel, lounge and casket showroom. Joe and John believed the old home feel, with just the right touch of modern comfort would provide a new level of service to the Crete community. Through out the renovation, they focused on making the new funeral home friendly to all guests, making it as comfortable as possible and fully-handicap accessible.

Joe and John’s cousin, Rich Bowen, finished mortuary school just as Crete Funeral Home was ready to open and became its first lead funeral director. Richard lived in the funeral home and served as its lead funeral director until he was tragically killed in an accident in July, 2005. Richard had been very active in Crete serving as president of the Chamber of Commerce and the Lions Club.

In 1999, the Parzygnot brothers – Joe and John – opened the Beecher Funeral Home at 602 Dixie Highway in Beecher. The former pharmacy was completely renovated, producing an elegant choice in funeral homes for the residents of Beecher.

On July 4, 2005, When John and Joe opened the Steger Funeral Home at 125 E. Steger Road (34th St.) in 2005, they provided the residents of Steger a choice in funeral homes without having to leave their hometown for the first time in over 40 years. The property had previously been the home of their aunt and uncle–long-time Steger residents. After their aunt died, John and Joe became owners of the property and decided the best way to utilize the property, which included a large vacant lot, was to build a funeral home.

On March 10, 2007, the fifth Kerr-Parzygnot Funeral Home, the Monee Funeral Home was opened at 5450 Wilson at Governors Highway. The Monee funeral home is itself a memorial to the memory of Joe and John’s cousin Rich Bowen, who had dreamed of building a funeral home in Monee himself, but was unable to before the time of his death.

The latest of the Kerr-Parzygnot Funeral Homes, which bring the total locations from which to serve families of the south Chicago suburbs to six, was opened in 2009 at 309 Dixie Highway. The Grant Park Funeral Home has been maintained exactly the way it was purchased, but with the addition of a chapel.